Android Central’s Nicholas Sutrich took a swing through the cosmic void in their preview of STRAYLIGHT, the first-person cosmic VR platformer built for comfort and speed, coming to Oculus Quest and Quest 2, Valve Index, HTC Vive, Oculus Rift, and PlayStation VR in Q3 of 2021.

Conceptually, Straylight is described as a first-person cosmic VR platformer. Essentially, you’ll be swinging from point to point using the Straylight — a tool that allows players to grapple onto points of light strewn around the arena-style environments. These grapple points allow players to act a bit like everyone’s favorite web-slinging hero, albeit with zero-gravity physics in wholly abstract environments.

The goal in Straylight is to sling yourself through all of the goal rings in order to power up the portal at the “end” of each level. Missing any of these rings will force you to make your way backward in order to launch yourself through them again, but it’s probably best to just restart the level since you’re not just tasked with accurately lighting up these gates but also moving through them as swiftly as possible.

If you do happen to fall somewhere along the lines, you’ll start back at the most recently activated gate, all of which have a platform underneath. Straylight relies on players to accurately aim at the next point of light in order to grapple to it, but skilled players will be able to utilize the points not as just a linear path to follow but a star-lit field of dreams that they can use to propel themselves around in null gravity. It’s stunningly fun when you really get going, but you’ll need to be careful not to lose control if you’re to keep winning. 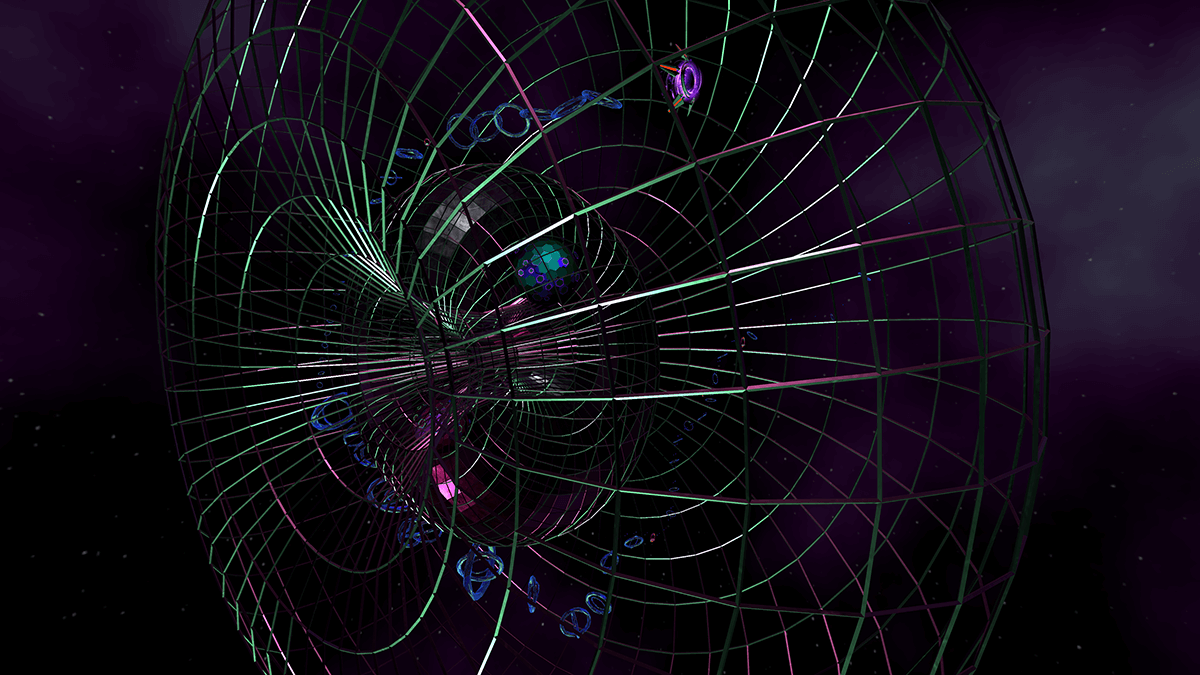