Published by Robert Brown on December 8, 2022

Shaun Prescott of PC Gamer sorted through Steam’s November 2022 releases, selecting Terracotta as one of five games players won’t want to miss out on. The action-puzzle pixel art adventure developed by Appnormals and published by Freedom Games, is available now on PC via Steam and Nintendo Switch!

As a warrior tasked with protecting an Emperor “in his afterlife”, you’ll fight and puzzle through 80 distinct levels, with eight “brutal” bosses to defeat along the way. It’s an appealing simple concept that benefits from an art style  that draws from traditional Chinese painting. 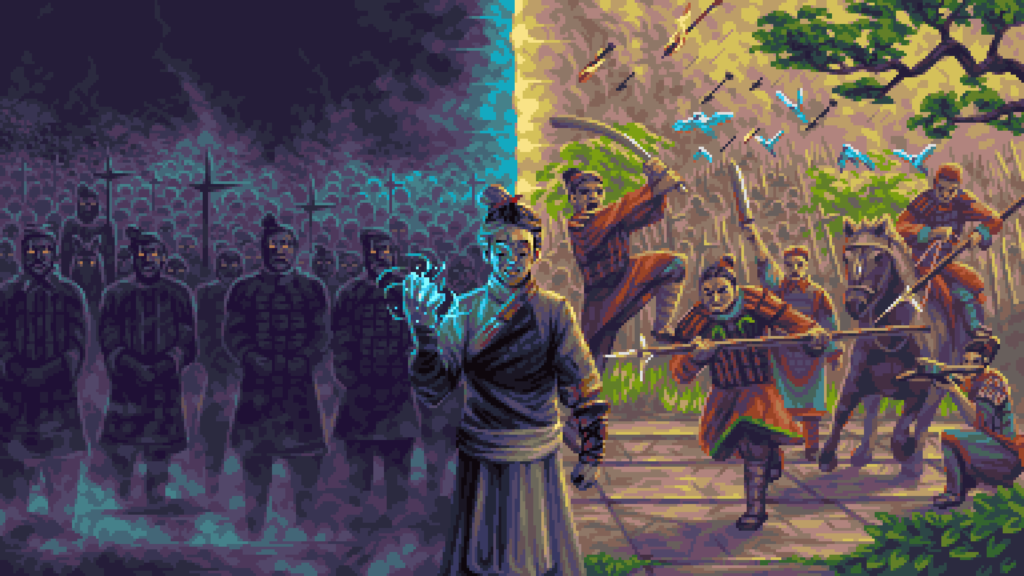 Check out PC Gamer’s full article here, and learn more about the game on its Steam page. For the latest updates on Terracotta, make sure to follow Terracotta Game, Freedom Games and Appnormals on Twitter!