Digital Trends has named Super Daryl Deluxe, the RPGvania with a brawler-style combat system and hand-drawn comic aesthetic from Dan & Gary Games, one the best eight games they saw at PSX!

A Kickstarter project from two developers, Super Daryl Deluxe is a fun and goofy side-scroller with “Metroidvania” elements, where players earn more and more new abilities that help them open new paths in the games level.

The game sounds fairly conventional, but it’s the aesthetic of Super Daryl Deluxe that makes it especially fun. The main character is a nerdy, skinny high school kid who suddenly discovers some means of getting special powers. He finds himself lost in a dangerous high school-themed fantasy world. Fighting hand-drawn evil computer chips and giant trolls makes it feel like fighting through a high school kid’s sketchbook.

Make sure to read the rest of Digital Trend’s ‘Best of’ list to see all of Daryl’s wonderful competition! He’s probably too much of a dork to be hanging out with such cool games, but don’t tell anyone that.

Super Daryl Deluxe is coming to PlayStation 4 and PC in April 2018. 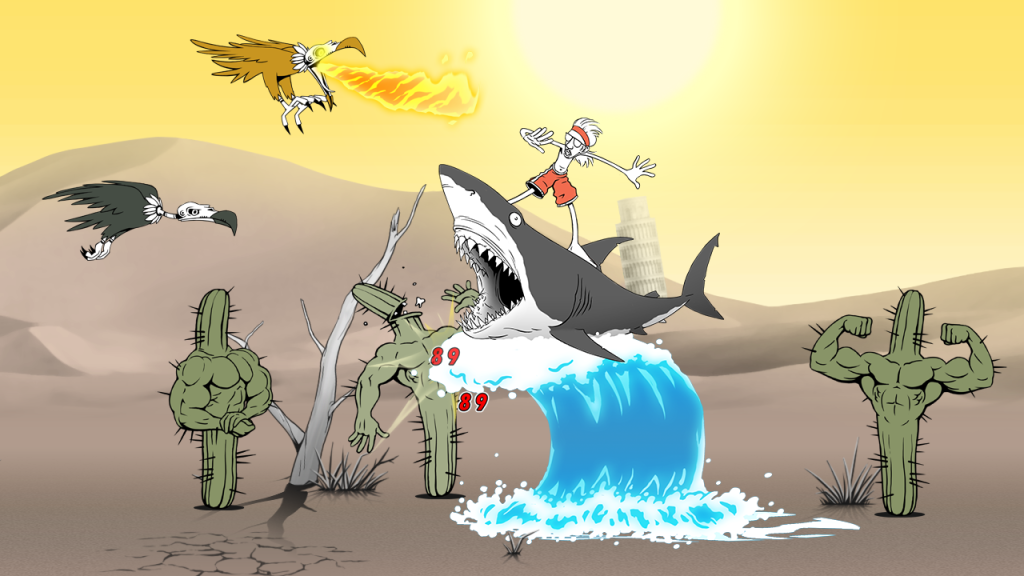