The Deer God, the breathtaking 3D pixel art adventure from Blowfish Studios and Crescent Moon Games, is coming to Nintendo Switch just in time for Christmas.

Sometimes karma arrives in the form of an all-knowing hoofed deity. The Deer God passes judgment on a hunter who accidentally kills a fawn. In retribution, he is reborn as one of the woodland creatures he used to hunt…You can choose to seek retribution or act out as a destructive force on those around you. It may take several cycles of reincarnation before you achieve enlightenment, and throughout those lifetimes, you live as the wild things do: running, hunting, fighting, and finding mates.

The Deer God has earned over 1.5 million downloads across PC, Xbox One, PlayStation 4, PlayStation Vita, and mobile platforms, and will be available on the Nintendo Switch on December 21 for $7.99. 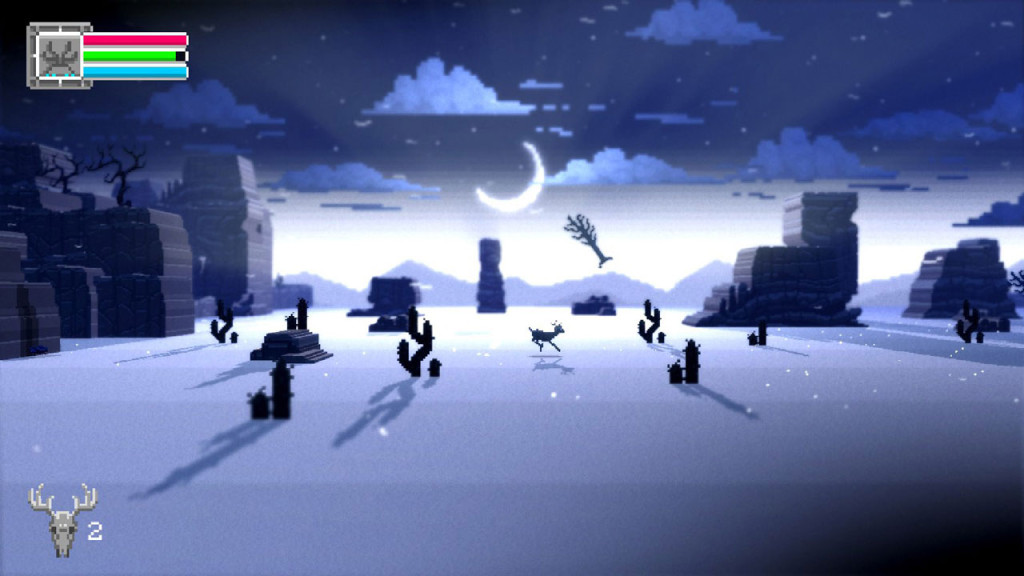