Nintendo Life declares City of Brass, the Arabian Nights-inspired first-person rogue-lite adventure from the BioShock veterans at Uppercut Games, to be “one of the most entertaining roguelikes to swing onto Nintendo Switch.”

In his 9/10 review, author Dom Reseigh-Lincoln heaped particular praise on the whip-centric combat:

Your whip (which comes in multiple, collectable varieties) can set off traps from a distance or smash vases, boarded up doorways and other sun-baked detritus. It can even be used to pull items towards you with a press of ‘L’. In combat, you can flick your whip and take an enemy’s legs out from underneath them, slap away their weapon or crack them in the face to temporarily daze them. You can pull enemies into floor traps, whip nearby fire braziers or lamps to cause them to explode, and more. There’s even the option to briefly swap your sword for an explosive vase for some makeshift firework action. It’s reminiscent of Bulletstorm’s rewarding push/pull mechanic, and makes combat as fun as it is intense. 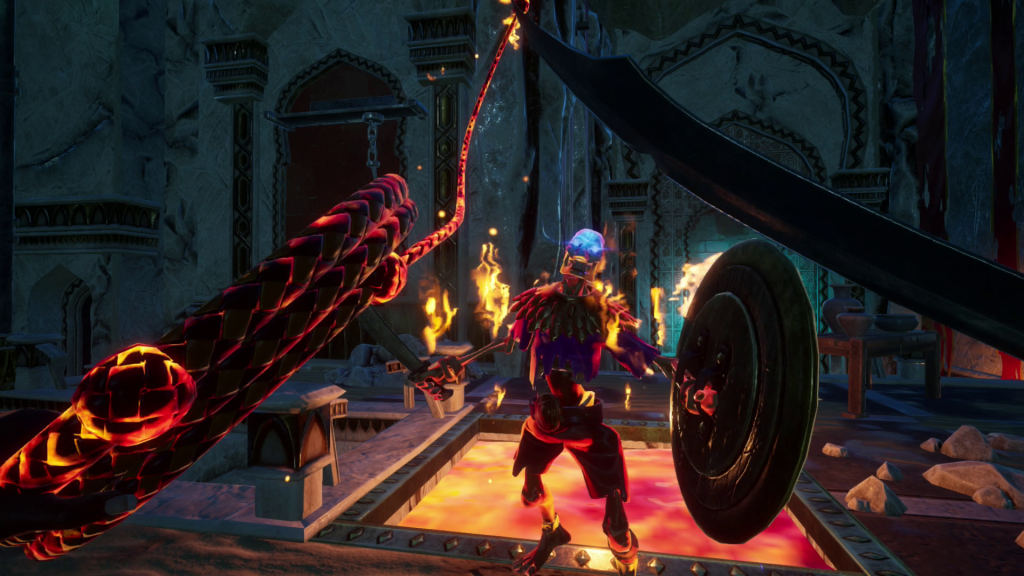 Read Nintendo Life’s full review for more, and visit the game’s official website. City of Brass is out now on Nintendo Switch and is also available for PlayStation 4, Xbox One, and PC.