Published by Robert Brown on October 4, 2022

PC Gamer’s Shaun Prescott summons the reveal of Solium Infernum, the strategy game from Hell by League of Geeks coming to PC in 2023.

Solium Infernum is a turn-based grand strategy game set in a Milton-inspired vision of the underworld. Originally developed by Vic Davis, Solium Infernum was regarded as an instant cult classic whose opaque systems would “… drive away 90 percent of the player base out there.” For their upcoming reimagining, League of Geeks aims to modernize and revitalize the title, ushering in a new era of Hell for PC players with numerous new features and tweaks.

It’s a natural progression for us because Solium Infernum was a major inspiration for Armello,” League of Geeks’ co-founder Trent Kusters told me, adding that Davis very enthusiastically embraced the idea of rebooting the game. “We did a bunch of paper prototyping for Armello, and the actual main version of the prototype that turned it into Armello was when we added a few elements from Solium Infernum.

The most striking thing about LoG’s reimagining is surely the graphics, and especially the representations of each archfiend. It bears some of the stylistic quirks of Armello, but with an unapologetically hellish twist. The map itself—which is randomised, and in a diabolical twist loops back onto itself in all directions—inherits the doomed barrenness of the original while adding a sense of real scale and dimension. 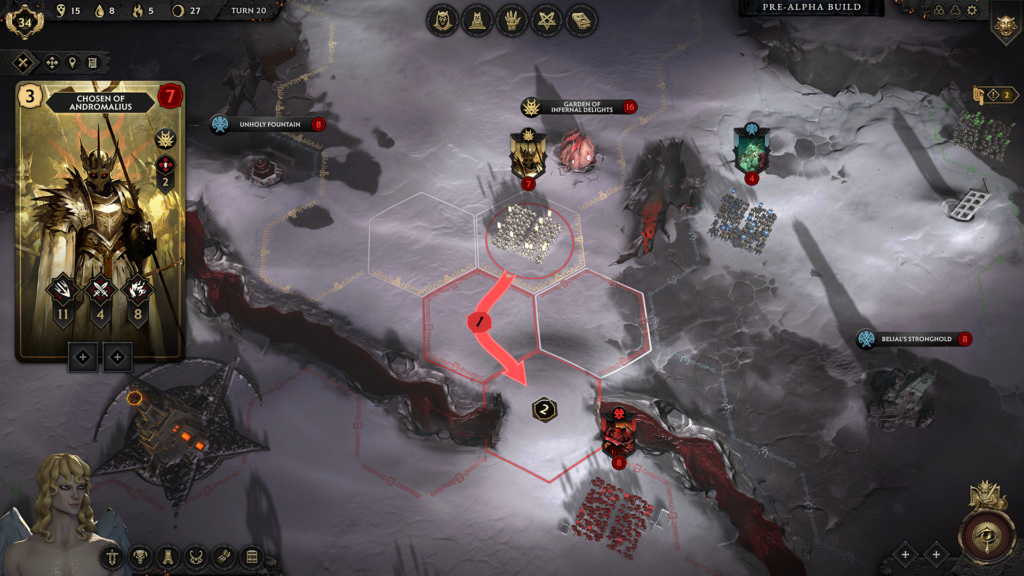 League of Geek’s re-imagining will include a single-player campaign as well as the original’s iconic asynchronous multiplayer matches that unfold over the course of days — or weeks — as players scheme, deceive, and outwit one another in a quest for the Infernal Throne.