Published by Robert Brown on January 3, 2023 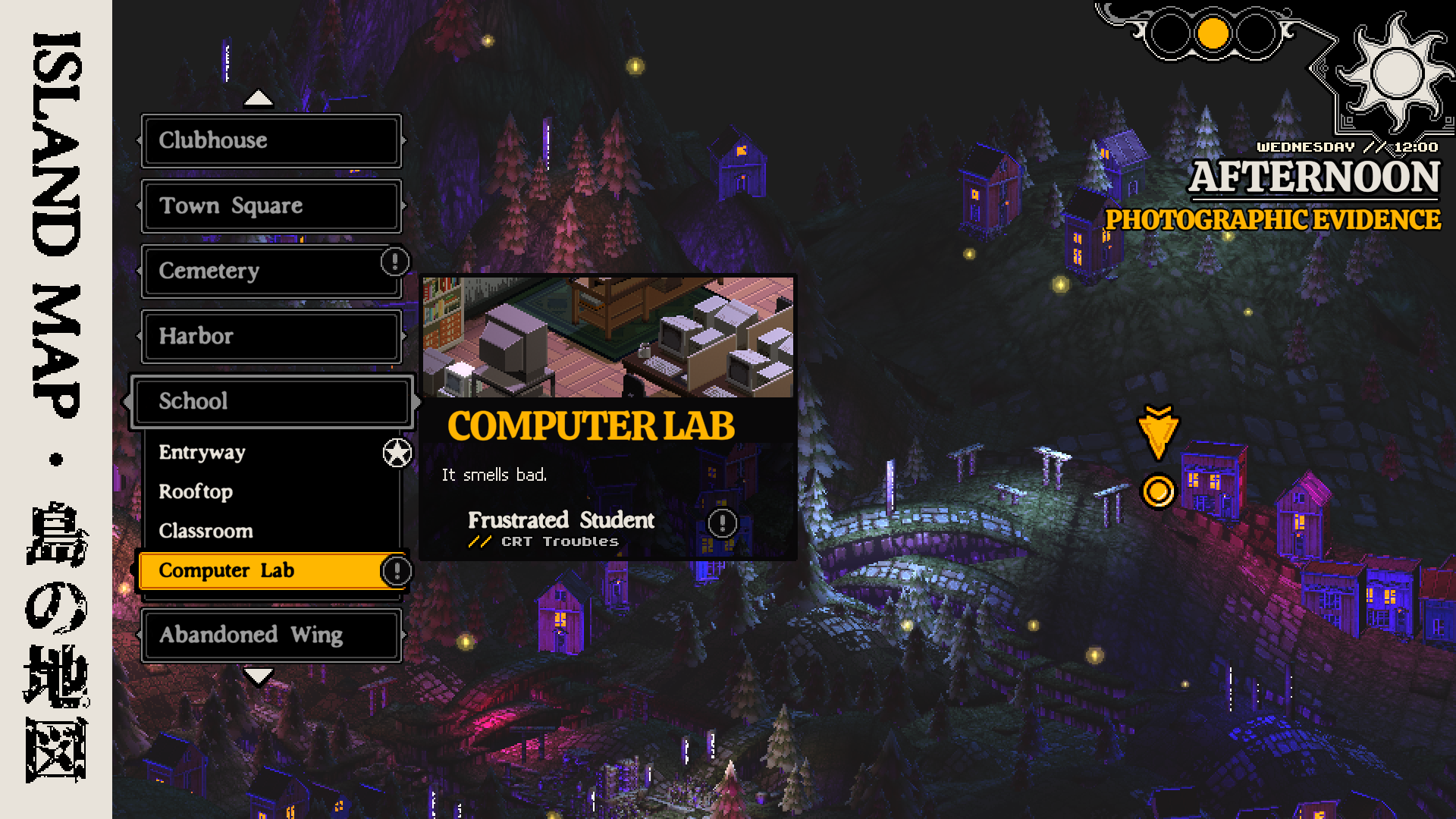 The game streamlines the combat of tactics RPGs and wraps it up in a story of students navigating the perils (supernatural or otherwise) of university life. Speaking with Creative Director Brandon Sheffield, it’s clear that it’s a game with a wealth of influence. “People compare it to Persona, Shin Megami Tensei and stuff… there was like Devil Survivor which was an SMT game, that was influential, a little bit with the relationship system… but the influences were much further flung and more from the cinematic and music sides. So it’s great that this grab bag of things I like has come together into something that people actually wanna look at.” 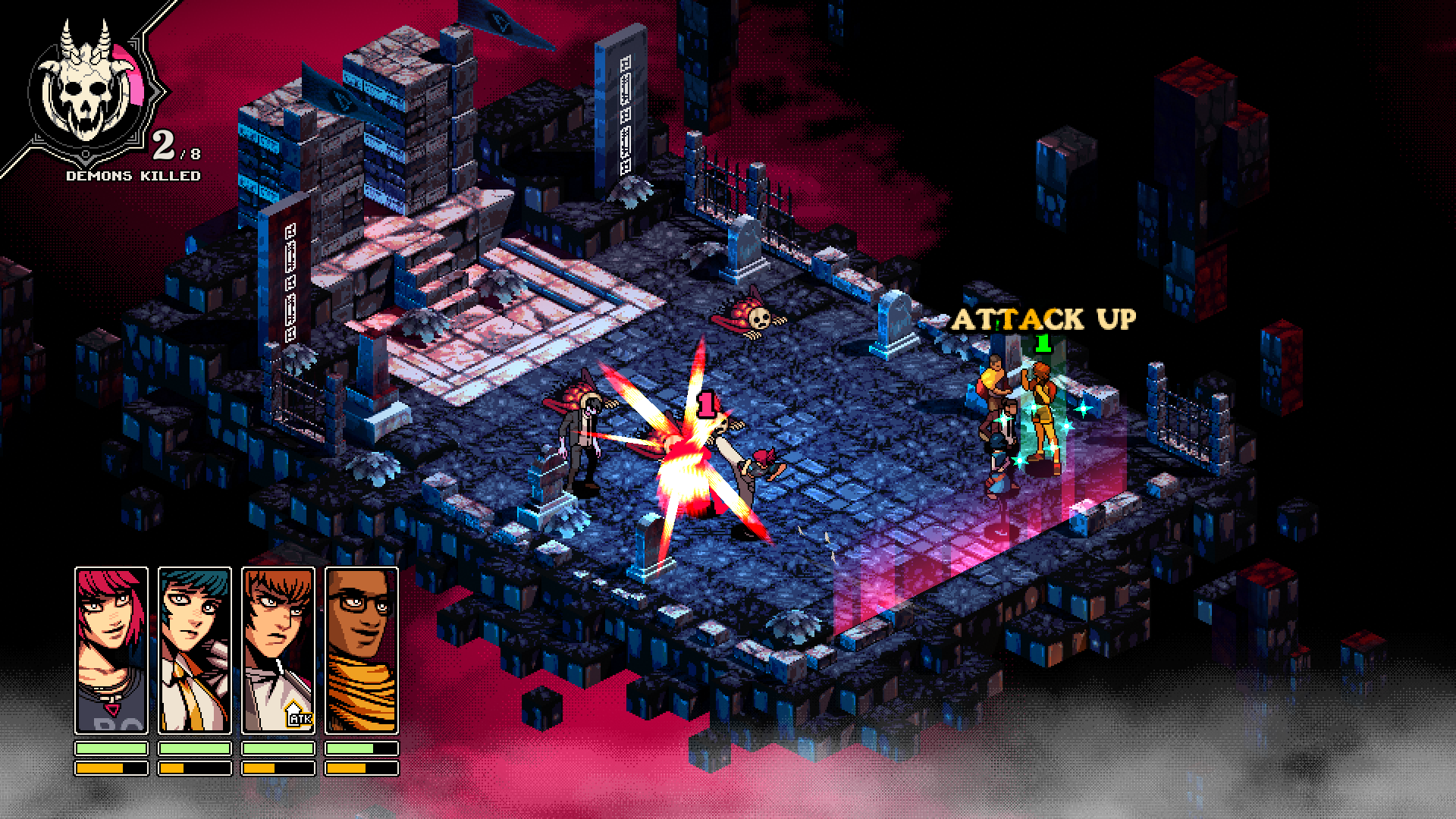 The demo I played featured a handful of combat encounters and a bit of the downtime between, both of which are very promising. Even just aesthetically it’s such a pleasing world to be in, with lovingly detailed environments and enchanting transitions. The human world is represented in 2D, with your characters and NPCs as sprites; the demon world and its most monstrous inhabitants are 3D. Eerily, the school itself is somewhere between the two, a 3D space presented as 2D, a sign of its supernatural corruption. As a visual effect it’s eye-catching as hell, but that there’s some meaning to the stylistic flair really gives Demonschool some teeth. 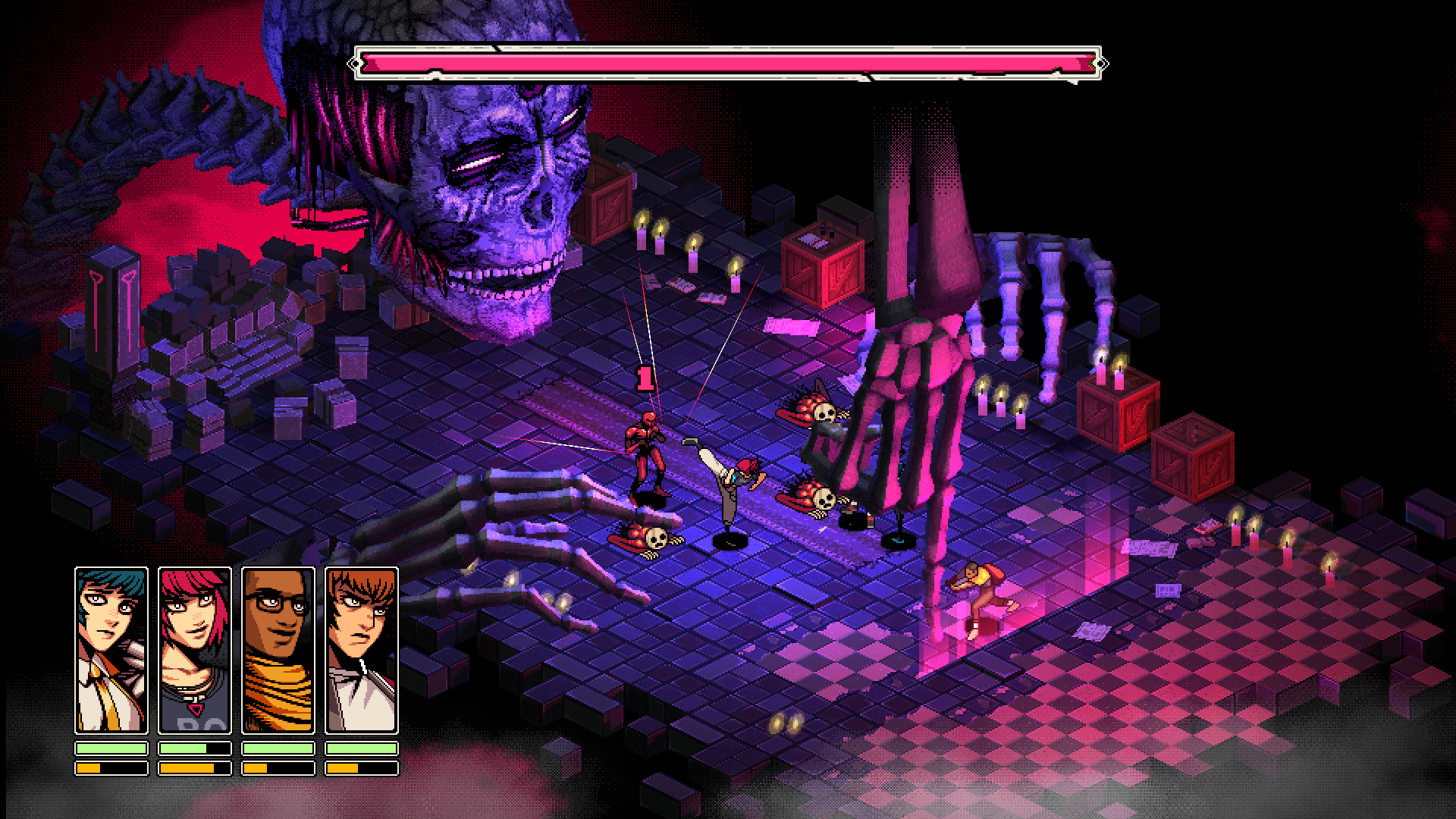 “The films of Lucio Fulci are a big influence, so like City of the Living Dead, The Beyond, Psychic and all those have music by Fabio Frizzi who is a big music influence on us…There’s also touchstones like Suspiria,” said Sheffield. 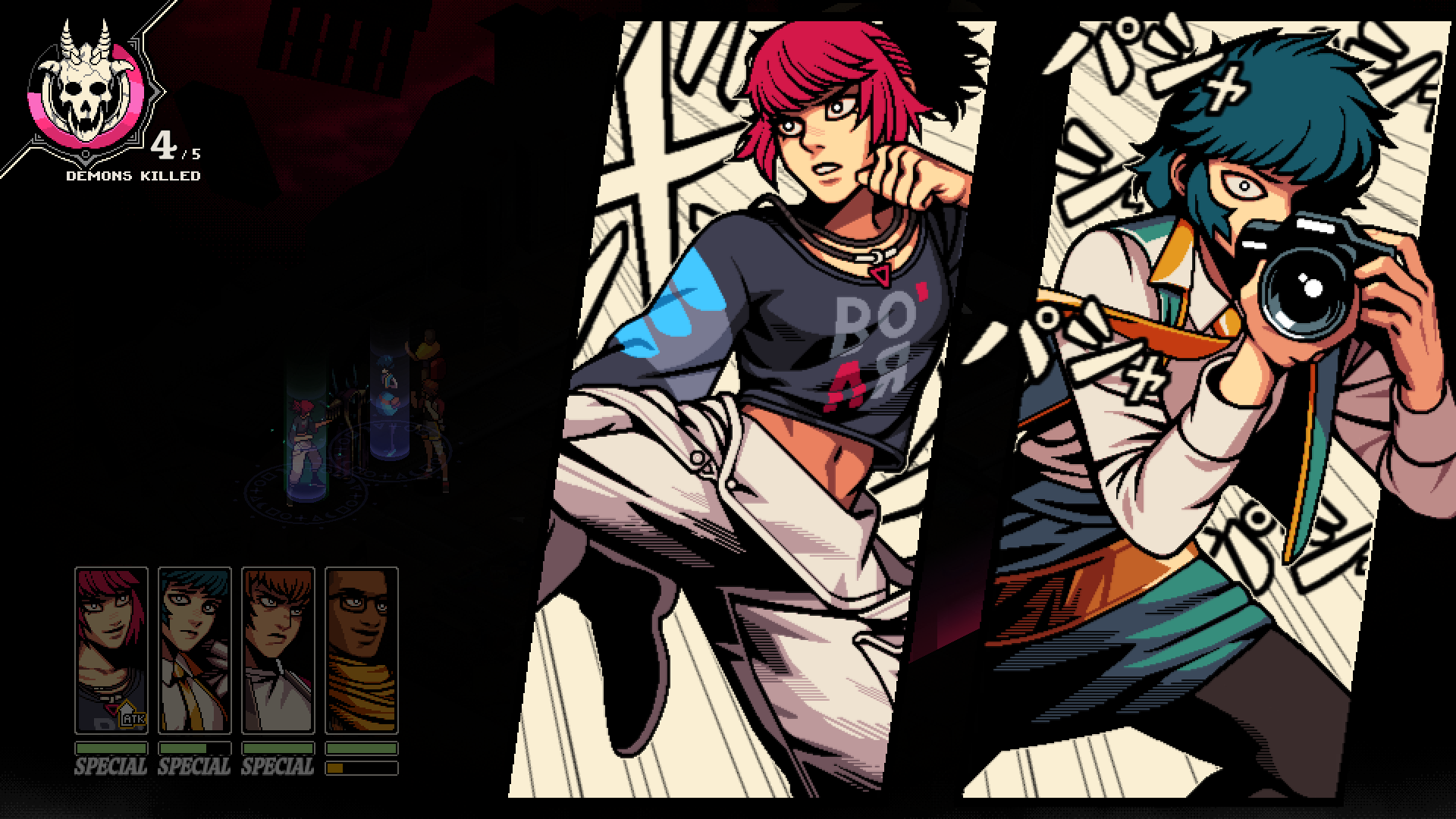 The secret sauce is in the synergy of its characters’ simple abilities.

“[We are] making a tactics game that is efficient with players’ time. Reducing the number of clicks and making all choices really clear—making you able to fast forward or rewind.“ 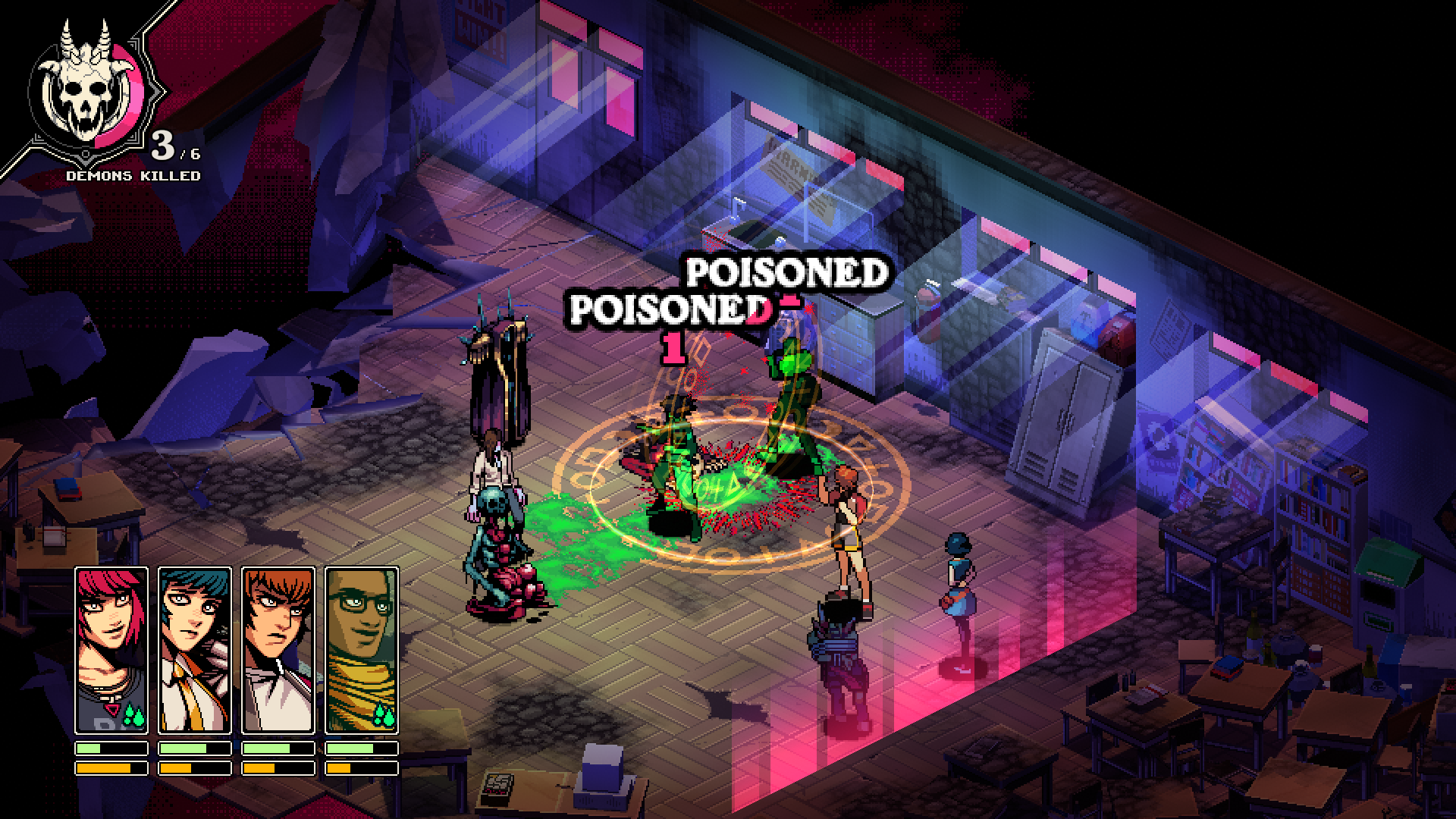