Engadget Tries Their Hand at World Domination in Speaking Simulator

Engadget recently shared their GDC hands-on experience with Affable Games‘ Speaking Simulator, an awkwardly hilarious physics game where an android struggles to appear human by flopping its lips and tongue around. Andrew Tarantola gave us his impressions on some of the in-game antics:

I was afforded a quick demo of the game during [GDC] 2019 and absolutely loved it. I felt like I was playing QWOP with a robotic head. The controls are quite challenging: you move the mouse about to adjust the shape of the android’s lips and the WASD keys to maneuver the tongue to depress one of three vocalization buttons within its mouth. What’s more, you’re doing all of this in as close to real-time as you can so that the NPC you’re speaking to doesn’t become suspicious.

Speaking Simulator will be available later this year on PC in English. Check out the full Engadget article here and visit the Affable Games official website for more information. 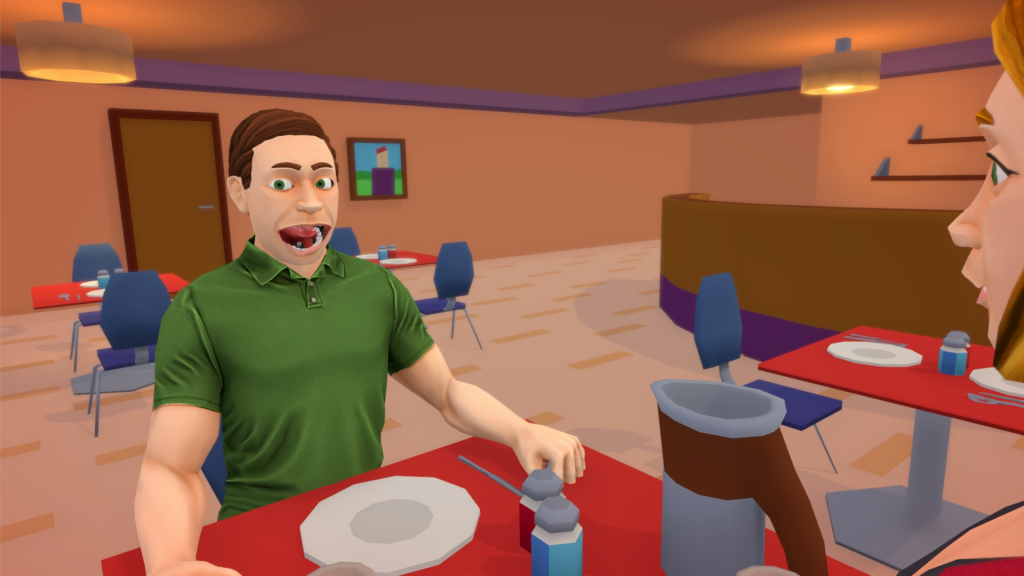