Published by Robert Brown on September 1, 2021

Dreamscaper is an action-RPG roguelike developed by Afterburner Studios and published by Freedom Games and Maple Whispering Limited. The game has an addictive and challenging gameplay loop, connected to relationship mechanics and purchasing upgrades…

Dreamscaper consists of two halves: exploring the dream world and spending time in Redhaven. The dream world is broken up into levels which consist of interconnected rooms. Cassidy needs to defeat all of the enemies in a room before she’s allowed to travel to the next one. There are also special rooms that don’t contain enemies, which instead include shops, upgrade stations, puzzle rooms, and treasure rooms. In order to progress to the next level, Cassidy needs to defeat the boss of the floor. Once the boss has been defeated for the first time, it can be skipped on subsequent runs.

The gameplay of Dreamscaper is akin to that of Hades, with Cassidy collecting a growing arsenal of power-ups and weapons to take down enemies. She also has access to block, dodge, and parry moves, which can also be upgraded. Dreamscaper has a fast-paced gameplay loop that rewards skill and precise timing, along with a willingness to shake up the player’s tactics mid-way through a run in order to make the most out of new items. Like most procedurally generated roguelikes, there is an element of luck to each run, and a good selection of items and power-ups can make things easy. Dreamscaper gets more challenging with each floor, and the player has the ability to up the difficulty before each run in exchange for better rewards.

Where Dreamscaper stumbles is with its story and characters. There are residents in Redhaven that Cassidy can interact with who work in a similar fashion to the Confidants from Persona 5, and spending time with them will unlock buffs in the dream world. The problem is that all of the residents of Redhaven are boring people with normal lives and problems. This is true of Cassidy herself in a lot of ways, as her real-life situation is a stark contrast to the fast-paced action and nightmarish enemies that appear in the dream world.

Dreamscaper is a game of contrasts and not all of the elements are cohesive. It combines the incredible gameplay loops of Hadesand Persona 5, but wraps them in a slice-of-life package that doesn’t quite fit them in properly. Weak characters and story aside, however,Dreamscaperis a great roguelikeand worth checking out for fans of the genre all the same. 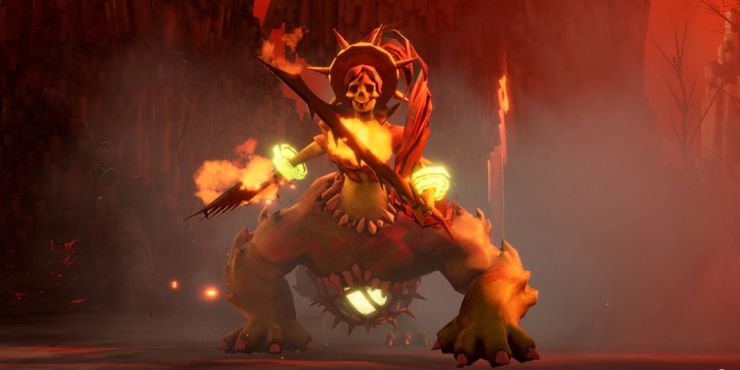