“What was already a fantastic Early Access title turns into a game showing even more promise for the final release.”

“The second episode of Turbo Overkill sees a shift in setting, which is the most jarring change from the opening act. This new episode trades a neon-lit, vaporwave aesthetic for a more industrial and rusty setting — at times it even gets apocalyptic. The city of Paradise is burning, so rather than duking it out in the middle of a city, fights take place in factories and crumbling skyscrapers. You’ll even find yourself in an underground area filled with toxic sludge and giant, burrowing worms.” 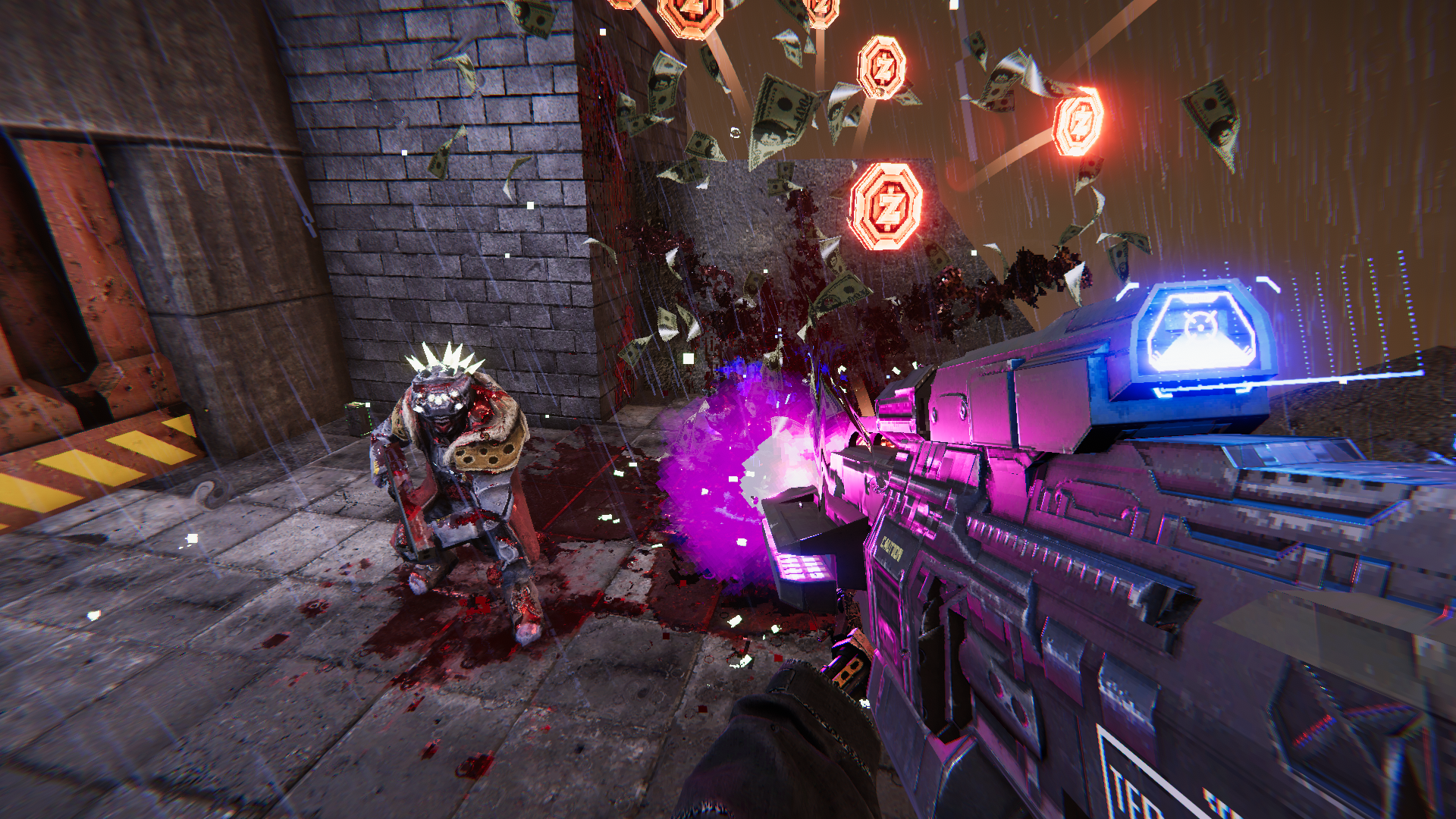 “I really can’t wait to see what Trigger Happy Interactive has planned forTurbo Overkill, and if you have even a small amount of interest in this game, you ought to treat yourself.”